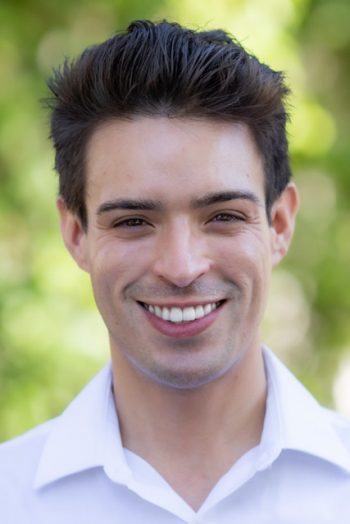 John Luke Osorio was guided to theatre as a young actor in 2007 and it has been his privilege to blend his skills and passion in his professional life. Jan and Garth deserve much credit for trusting his young craft for which he’ll be ever grateful. Osorio joined Almost Famous Theatre Company (AFTC) in 2014 for the October spectacular Young Frankenstein and continued until 2020s Mamma Mia! and R&H Cinderella – both postponed. His other AFTC credits include 9 to 5 the Musical, Dirty Rotten Scoundrels, South Pacific, Curtains, Seussical Jr., Little Mermaid Jr., and Guys and Dolls.

Other notable credits include White Christmas, Les Misérables, High School Musical, and Forever Plaid: Plaid Tidings.  He even worked professionally as the music director for his Alma Mater from where he had not yet graduated in GCU’s “The Boyfriend” (2012).

Osorio attended Mission Christian School for all of his education and upon the school’s closure graduated from Arizona Conservatory for Arts and Academics in 2010.

John Luke has been a partner with AZ Music Masters since 2017, now recognized as their highest grossing music teacher as recently as March 2020.

To J&G: Thank you for the chance.